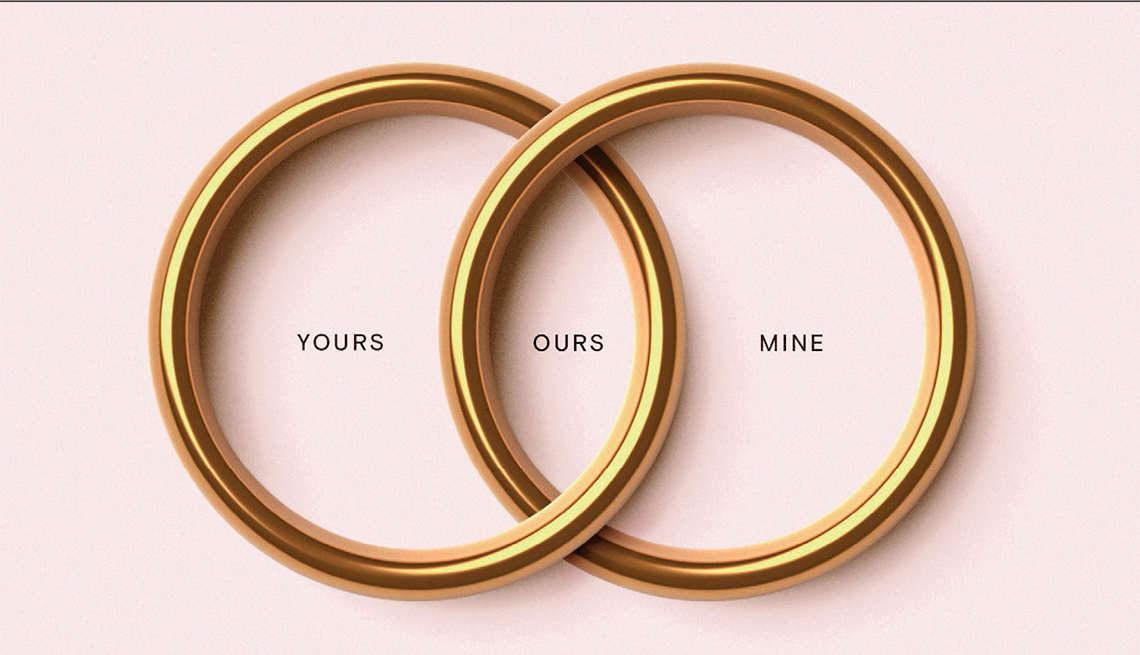 Last I checked in, I was doing a pretty good job of talking myself into resignation that our marriage was “as good as it gets.”  I think I need/needed to put that in writing to convince myself, to encourage myself.  Most days I can deal with this, accept this mediocre state of matrimony.  After all, what other options are there?  Now in our 60s, neither of us is prepared to start over with a new person, and going it alone doesn’t seem very attractive either.  When you’re playing a game and realize your opponent has no other options… not a good place to be.

Yet neither of us seems happy right now.

Resigned isn’t such a fun place to be.

In my last post, I wrote “we survive with the familiar affection and loyalty of decent people who have lived together long, and quite frankly don’t want to face the job of breaking a new person in.”

Survive is the word.  This isn’t living to its fullest.

I think when I wrote the last post, I had verbally expressed to him that it’s OK that sex doesn’t matter to him; that I have just got to accept that (honestly, emotionally easier to go without, than deal with the disappointment of very perfunctory, almost obligatory, attempts at intimacy).  Maybe that was a mistake.  However at the time, with the level of disappointment I was feeling, I needed to believe in my head it wasn’t that important. That other things mattered as much if not more.

He seems to have taken this as a signal that affection and closeness are now off the table.  I probably have set the bar way too low, and now he has a free pass to not even try to be a husband.  He has gone into full roommate mode.

When will there ever be a balance?

This push-pull has existed for our entire 26 year marriage.  The “ever seductive withholding dance.”  Except I don’t think he does this dance consciously (as perhaps I do).  I think that connecting has to be a conscious choice for him.

When he withdraws and exits this relationship emotionally and physically, I usually find myself trying to fill the void with other things (a tactic to avoid the hurt of rejection).  Recently, as we anticipated moving his 95-year old mother here to live near us, I realized that meant a lot of empty stretches alone.  He’s a very dutiful and attentive son, called Mom twice a day, visited every couple months.  This was purely from a sense of duty, as she was not an easy woman.  While I would always be friendly, cordial, respectful, and helpful, I knew that she’d be his full-time occupation if she lived nearby (older folks get adept at manipulation, and hubby was pulled in). Hubby cautioned anything involving our lives was going on the back burner. He’d already informed me that our near-term travel plan were off the table.

[Yes, plans change, I accept that.  However a big part of our retirement plan, God willing, was to travel the world.  We had budgeted finances with this plan, realizing that health and mobility might not allow for travel in another decade or two].

So, I sought to fill my own plate, mainly in defiance of the fact that he (once again) was choosing something/someone other than us.  It was hard to see the move as a good thing. I prayed for God to give me the grace to accept, even support, his decision, rationalizing that I at least got to move back “home” rather than be stuck in a place in which I didn’t enjoy living—accepting that moving his mom near us was the price I had to pay.  I mentioned to him that if he wouldn’t travel, perhaps I’d do some traveling with friends.  I signed up for a 20-week class that meets all-day Saturdays and mid-week.  I applied for, and got, a FT job.  This all gave me a nice full plate to keep me temporarily busy while he was attending to Mom (and to assuage my resentments).

Mother-in-law passed away recently (quickly, and it was a blessing—I dreaded putting this poor woman through a big move far away from the state that’s been her home for 9 decades, it made no sense to me).  Game changer.

Hubby’s plate was now empty…  and he clearly seemed resentful that I’d filled mine.  He immediately began to furiously work on filling his plate back up… even tauntingly talking about going solo on trips we’d both planned to do together.  He added more volunteer work (this is a good thing, btw).  Trips with friends.

Truthfully, I’m happy to see him pursue friendships, volunteer activities, his own 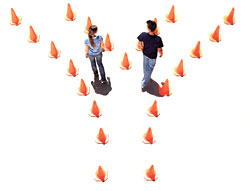 Yet, instead of divvying up one big plate, we have our own plates.  It’s really not even a Venn diagram of his, mine and ours anymore.  And neither of our plates has a defined space for the spouse/marriage.  Essentially “the game” seems to be to keep filling up our two separate plates until there isn’t room for each other.  Two lives.  Two individuals. Two separate paths.

No “two become one.”

What I see here is a lot of passive-aggressive on both our parts. And it didn’t stop being an issue when kids left.  We both have different views on many things, and particularly on how to care for elders (just as was the case for his mom, my dad lives 1000+ miles away, but in a safe and protected senior living place.  I visit him every 3-4 months, and call weekly.  I assure his needs are taken care of, but I maintain boundaries because I believed my marriage should come first.  Hubby felt the need to have day-to-day interaction).

It’s a moot point now.  I’ve made commitments, which are temporary (class, seasonal job).  And he seems angry.

I don’t even know what to say to him, how to discuss this.  We exist together, sometimes icily, sometimes politely, sometimes cordially.  I notice the impatience, intolerance, and sniping is on the rise between us.  We are both licking wounds, which wouldn’t be a first. 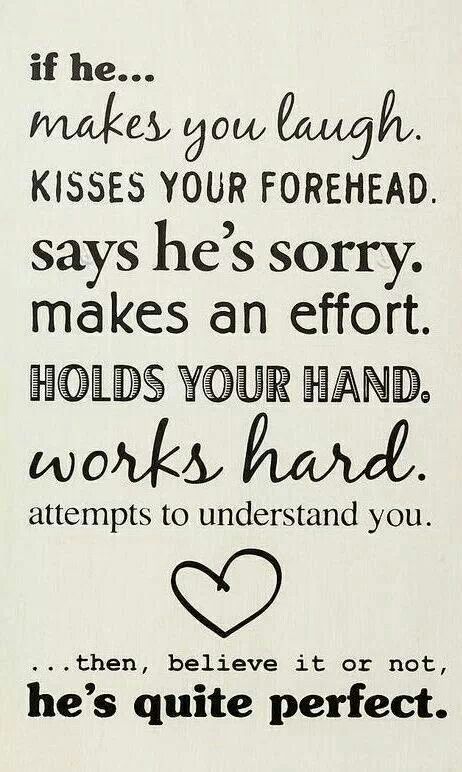 The sad fact is I struggle to recall a time when it felt good between us.  When it seemed like it was right.  We seem to have perfected the mode of “offended and wounded lone rangers,” while putting off a “Christian, caring vibe,” because we know that is what we should be doing.

There were many imperfect men before him, yet I still can feel the hugs, the embraces, the warmth and the caress of the eyes, that I’ve never really felt with him.  Those were so important to me (as was the effortless intimacy).

The challenge is figuring out how to live this way until death do us part.

4 Responses to Two Plates, One Marriage