As Good as It Gets

To those who have wondered why I’ve not written more, this is basically why:  I started 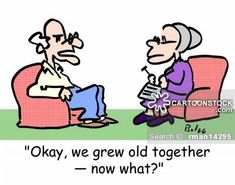 this blog in the hopes that I could provide encouragement for dying marriages, that renewal, passion, and change was possible… but I have to say the hypothesis really hasn’t worked for me.

(My other problem is before I know it, I’ve written four pages… blog-style succinctness isn’t my forte).

We are in a better place than six years ago when I was on my way out the door;  I’m not as angry with him.  Wonderful man that he is, I realized he just couldn’t sustain the efforts to be a dedicated lover and best friend.

The “real” passion—the kind that seemed to spark from a barely perceptible ember about six years ago, that is nearly gone.  I had hopes some of the renewed passion would continue to grow and fuse us more closely.  It has instead waned, to a default mode of once-a-month intimacy, if we’re lucky. Once again I’m faced with the aching truth that this just isn’t—never has been—that important to him.  The quality and quantity of our sexual intimacy has hit rock bottom and I don’t see it’s ever going to improve.  The will isn’t there on his part, it was an unnatural act too hard for him to authentically maintain.

I suppose what I take away, is what there is beyond sexual passion.  He IS a dedicated, loyal, trustworthy, and responsible caretaker who will meet his obligations (wife, his mom, his children, the cat); he’s the guy who sits patiently in the hospital during any catastrophe; he pays the bills and manages the financial portfolio expertly, affording a very comfortable life.  He continues to “daddy” the grown kids and spoil them when he can.  He occasionally likes to do fun outings with me.  This is the best he’s got to give, and that ain’t shabby.  Many would give their right arm for this secure life we have.  But mostly, he’s content in solitary pursuits, with a book in his lap (several in process), the stock channel and the weather channel, his checkbook register neatly balanced to the penny, and spending several times a week at the gym. Two-three daily cat naps on the couch make it a great day.  He is taking on more volunteer activities of his own, so there are many days where we don’t see each other for hours on end.  He’s the guy who rents the free movies at the library, and occasionally watches popular British TV series with me for entertainment.  We have an evening meal together, and listen to each other.

So what does a couple content themselves in retirement at 60 and 65 years of age?  We stay very busy with our volunteer activities, believing it is vital to give back.  At times we are polite strangers, roommates who are trying to be considerate of each other, tolerant of the annoyances, keeping the peace being more important than having our way.  We try to share the tasks of keeping a house clean, I cook, he washes up. When days go by and there isn’t a kiss or a touch between is, I try so hard to think of the good we have, and resist the urge to go bitter or disrespectful towards him.  We sleep in a large bed as far apart from each other as ever, and I resist taking the second bedroom.  If  he suggests monthly intimacy, it takes all I have to not scoffingly reject his offer– which only results in pleasure if I attend to it after the one minute he requires to find it for himself (I cling to the belief that some one-flesh union is needed and helpful, no matter how brief and unsatisfying).  I try to remember that it isn’t all about me.  We survive with the familiar affection and loyalty of decent people who have lived together long, and quite frankly don’t want to face the job of breaking a new person in.

I had dreamed of a passionate husband, but that is a dream I’m learning to let go of—it hasn’t served me well.  That fantasy man: a man who seemed excited to see me on a daily basis, who couldn’t keep his hands off of me, who could look at me and pay a sincere compliment; a man who would take initiative and say “I want to plan this so we can have fun TOGETHER, or because it pleases you,” he is an illusion.  He doesn’t co-exist with the loyal and trustworthy caretaker. I’m not quite sure who his dream wife was—someone who quietly read and discussed the same classic novels with him?  Someone not so independent, who was content sitting and knitting and homemaking? Someone who didn’t want to do extravagant things like travel?  I have tried to be the wife I believe he wants… but it seems probable we both just won’t succeed in becoming the partner we were deluded into thinking existed for us.  And, what good is there in pointing that out to each other repeatedly?

My take away?  He’s a good man.  I’m a good woman.  And there is lots of good in our lives.  We are so different, but we are honorable and can practice temperance and grace.  I’ve stopped succumbing to angry and resentful urges, and try very hard to just be grateful for all the good there is, to speak it, to acknowledge it.   Although I sometimes feel lonely, I am not alone.  And I am not unloved.

SJ often offers this saying: Good, better, best.  None of these is bad…

Better would be nice.

But I think this is as good as it gets.

3 Responses to As Good as It Gets