When Does Sex Leave the Building?

Am I here, already?

I had worried about this time of life—for most of my last decade of life.

For the first time in my adult life, sex holds very little appeal for me.  In the year of my 60th birthday, I find this very sad and disconcerting.  I liked “Sexual Me,” and I hate seeing her depart. I wonder if this is a final farewell, or maybe just a temporary hiatus?

It’s a daunting realization that 60 is not “sexy” to anyone other than the one who loves you, flaws and all.  I’m committed to letting the natural grey hair take over, hoping I’ll still wear it long and it will be a classy and “good” silvery-grey hair.  I’m staying physically fit, mostly through yoga, but the knees creak more when getting into yogic squats.  I am dressing to cover more, while not afraid to accentuate what’s still good (the butt is still riding high, and yoga pants are my mainstay).  I’m still ignoring the face wrinkles and have never found a moisturizer I love, but will wear sun screen (and hats) because skin cancer is scary and decidedly not fun.

No, I’m under no illusion that 60 isn’t sexy by the world’s standards.  It can be classy and attractive and confident, and even “young for—“ but definitely not sexy.

In my 50s, I had a resurgence in sexuality which (after 20 years of a dry spell) was being met by my spouse, as we renewed our dying marriage–and I hit it with a vengeance.  I became very honest about my sexual desires and needs in our relationship, what I liked 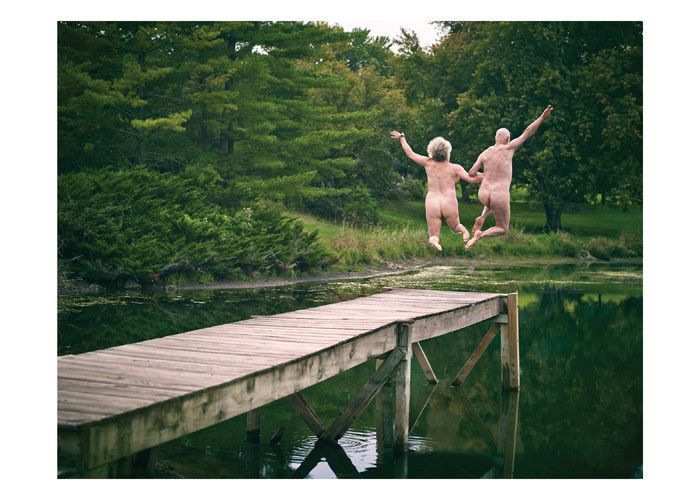 and enjoyed, no matter how kinky it might have seemed. I wanted to know what his wants and needs were.  I wanted us both to feel loved in this bonding way.  I think I approached that era a little like someone facing a death sentence—I wanted to enjoy as much and as often as I could, before it was gone.   It was a very bonding time for us because it was the best sex we’d had in our then 20-years together.  I had never felt so close to my husband as during that time, and I am grateful for it.

Here’s the little hiccup: after a good run of 4-5 years, he dropped back to a default mode, albeit with more intentionality to regularly schedule bedroom time (and a few more tricks beyond his former norm of lasting five minutes).  I could sense his continued discomfort with the edginess I sought, the kink and play I desired.  It wasn’t his style, and I hated being the one to always orchestrate or script.  I felt badly that I was making him feel like a fraud, or worse, uncomfortable, by asking him to find his dominant side.  So, I stopped suggesting anything beyond the vanilla style he seemed comfortable with.  I gave up on trying to guide him in how I felt more intense connection and pleasure.  I tried to psyche myself into loving his style. Increasingly, my body’s response withered. We got back into a lull (I won’t say rut), but by this time I was convinced that the basic physical and one-flesh union was important, on a regular basis, to support our emotional love.  I tried to gratefully accept what he offered, and give back and then some.  It’s still ice cream (maybe fro-yo at times), even if not a banana split.

So, there is that niggling side of me that wonders if this resignation is part of my missing libido.  Alone, I can still “achieve” the endorphin rush from an orgasm, and I’m at that point now where I take it like a vitamin my body really needs.  There is no denying the benefits to the body of a feel-good hormone.

Also, we are at that stage of life where we aren’t as concerned about just being our true selves.  We aren’t trying to impress bosses, or parent kids, or show off to friends, family, and neighbors.  We don’t “act” a certain way, we just are who we are.  That driving need to “up our game” has passed.  I do have to wonder how much this complacency can go when it comes to the bedroom and pleasing one another.

Like death, is the end of sexual activity and pleasure a certainty?  Isn’t it ironic that the French call an orgasm “la petite mort” or “the little death?”

There were those who had said this would happen– that the passionate love you had for your spouse would mellow into a sweet, caring, affection-type of love that didn’t manifest

itself as often in intense physical pleasure. And, that you’d be ok with this.  It was always the consolation offered when you felt perhaps your sex life just wasn’t all that; someday, eventually, inalterably, your love would transcend sex. It would be more about trust, relationship, partnership, and devotion.  You would become that cute old couple holding hands and wiping dribble off his/her chin.

And quite frankly, I have very little wisdom on how to approach this.  A part of me wants to assign blame to everything else but the obvious.  I want to blame him, which is not right.  I sort of want to blame these extra pounds I’ve regained, which I know don’t look hideous but often make me feel less than attractive.  I want to blame the decay of my mortal body—which doesn’t kick up the levels of hormones, lubrication, or responsiveness it once had.

I “need” to blame because I’m angry and fearful about this loss.

What I NEED to do is take it to God in prayer.  And this is what this blog sometimes is about.  A crying out when I just don’t get the answers.

It didn’t really hit me in the face until a few weeks ago, when I realized we hadn’t had sex in a long while, and not only did I uncharacteristically not mind, I was sort of avoiding it. 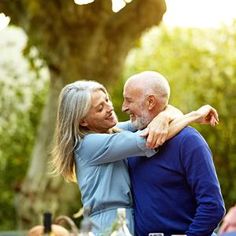 Over the past several months there have been lots of legit reasons to avoid sex: a minor surgery; being ill; a fear of urinary tract infections that sometimes result from intense sex; and one day when he insisted—my belly was so off that I proposed taking care of just his needs.  There probably has never been a time in our marriage when he initiated sex more than me (he’s good with every two weeks; in deference for my previous needs, he was agreeable to once a week).  Sex doesn’t just “happen” anymore.  It has to be planned, and it requires carving out a chunk of time where we put everything else aside and bond without expectations of fly-me-to-the moon orgasms. It isn’t spontaneous or passionate.  It’s just normal.  And, I admit, it is still bonding.  To his credit, he’s suggested a lot more low-key cuddles and massages, which are nice… but yes, his end goal is sex. I’m searching for the maturity and wisdom to graciously accept this “loss,” and to be grateful that we still have so much more than many have.  We are sticking to a covenant marriage, and we’re in this for the long haul. Sometimes you just fake it until you make it.

This entry was posted in On Being Sixty, On Marriage and tagged Attractive older women, Changing sex, changing sexuality, getting older, God's Plan for Sexuality, God's power in marriage, How to grow old together, Love without sex, Mature sex, No more Sexy, non-sexual marriage, Sex after 50, Sex after 60, Sexy 60s, unmatched sexual desires, When are you too old to be sexy?. Bookmark the permalink.

4 Responses to When Does Sex Leave the Building?